If you hang around Perfect Day long enough, you’ll hear us use the word microflora a lot. Microflora, or flora for short, are central to our process for making animal-free dairy protein. (Read about how our technology works.)

Merriam-Webster defines the terms flora and microflora this way: 1, 2 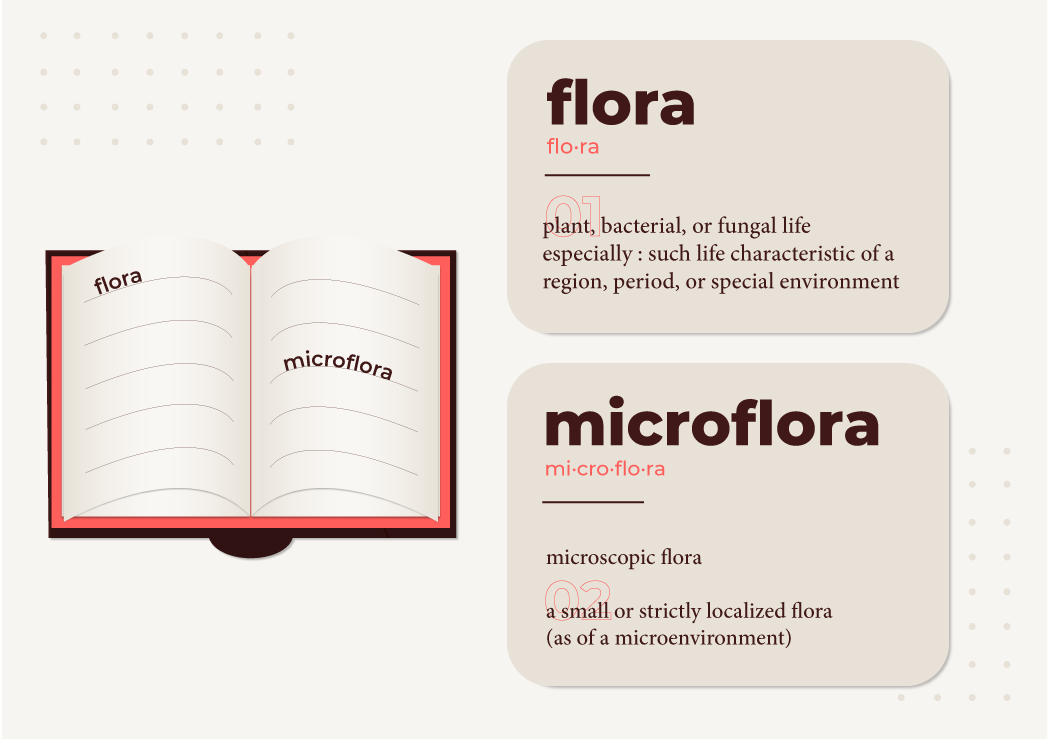 An organism is any living thing that has self-sustaining properties like growth and reproduction. A microorganism is just a really tiny organism — so tiny that it requires a microscope to see. Perfect Day’s flora are the microscopic organisms at the heart of our fermentation process that makes animal-free dairy protein.

Got it? Then let’s dive a bit deeper.

Who’s the King of the Micro-Jungle? Answer: It Depends

In biology, living things are classified into groups called kingdoms. There are six main kingdoms that biologists group living organisms into. You’ll likely recognize most of these:

Microflora from any kingdom can be useful to us. All organisms obtain energy by taking in food and breaking it down into other molecules such as proteins or enzymes. Some kingdoms contain organisms that are better suited for breaking their food into particular molecules over others. For example, maybe a specific fungus is very good at making protein, but an algae from the protist kingdom is better at making fats. So, when we refer to microflora, we are intentionally being a bit general. Microflora is an umbrella term that covers all of the microorganisms we can use from across kingdoms to make the molecules we need.

For centuries humans have entered into mutually beneficial relationships with organisms across kingdoms, co-opting their basic functions for growth and reproduction in ways that have benefitted us. Fermentation is just one example of this.

Most people are familiar with fermentation as a process for co-opting microflora’s natural biological processes to make beer, kombucha, kimchi, sauerkraut, and a whole host of other traditional fermented foods. Modern industrial fermentation uses biotechnology to build further upon those natural, age-old processes and turn microflora into tiny factories that make useful molecules — often proteins. We call this precision fermentation.3

Precision fermentation is used in the food industry to make ingredients like vitamins, probiotics, and food additives such as citric acid. In the medical industry, it’s used to make life-saving drugs like insulin. Fungi, bacteria, and protists (like algae) are all commonly used in precision fermentation.

While the food industry already uses fermentation to make micronutrients, at Perfect Day we’re pioneering these processes to make macronutrients, the core nutrients we all need in our diets: proteins, fats, and carbohydrates. The macronutrients we’re focused on are specifically dairy proteins and fats, which historically could come only from cow’s milk. By utilizing microflora as miniature factories, we’ve figured out how to make these components of milk without cows.

The first ingredient we’ve commercialized for use by food makers is non-animal whey protein isolate — or more simply, whey protein. To make it, we use a very prolific natural organism from the fungal kingdom.

Get to Know Our Fungus

The fungus we use today to make milk protein has long been known to live in soils, and was discovered as a top contender for making bioproducts during World War II in the islands of the South Pacific.4 Soldiers were beleaguered by mysterious holes that kept appearing in their clothing and canvas gear. It turned out that the culprit was a specific kind of fungus which naturally produces a lot of cellulase, an enzyme (protein) that is good at decomposing cloth. 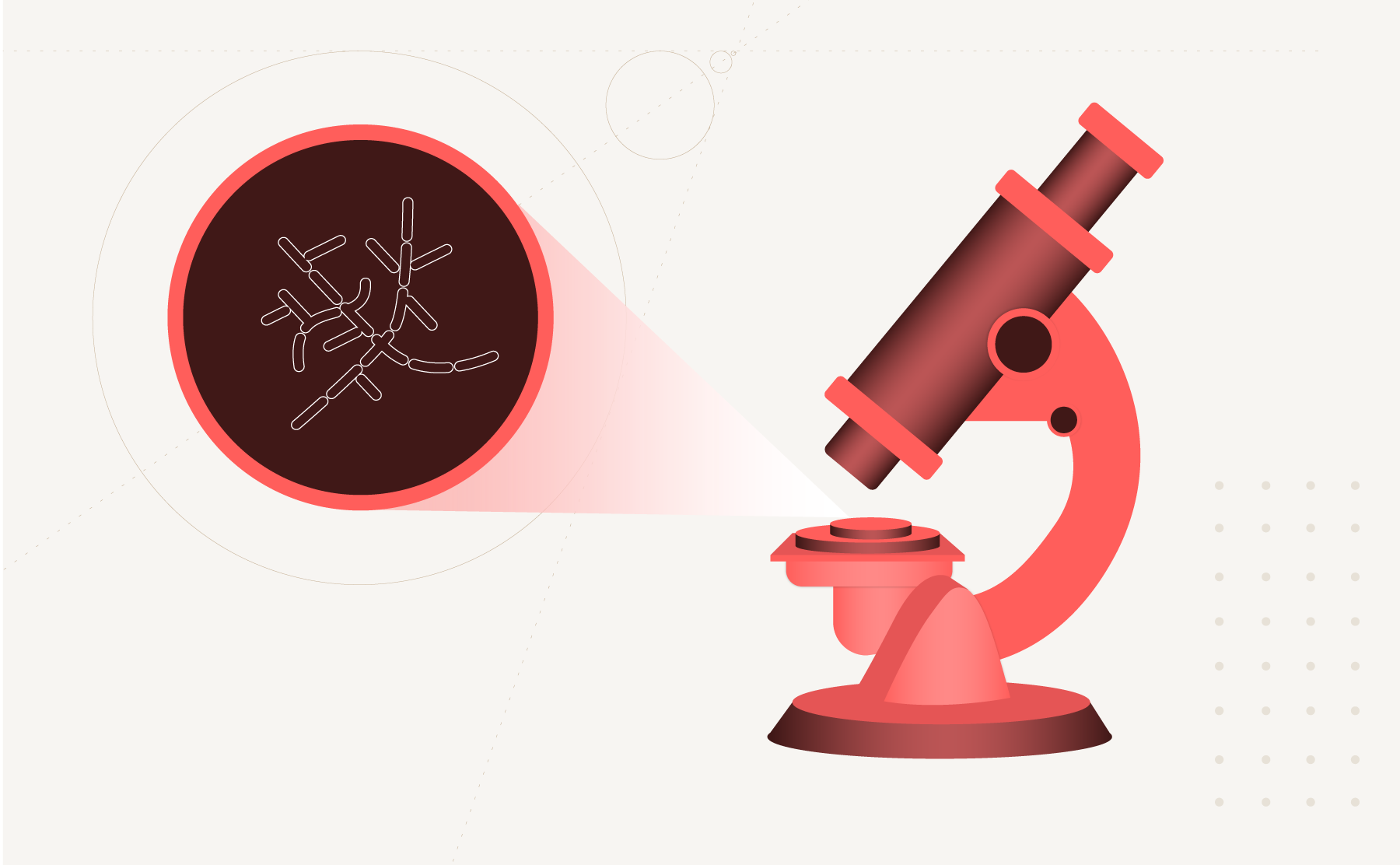 Remember, one way that fungi obtain their nutrition is by secreting enzymes into their environment and absorbing the dissolved molecules. The soldiers’ deteriorating gear was just a snack for this fungus! Scientists soon realized that it would make a good workhorse in bioprocessing applications. Since it can churn out cellulase (a type of protein) like there’s no tomorrow, scientists suspected that with a little human guidance, it could have tremendous potential for producing other proteins too.

The specific organism we use is a multicellular, filamentous fungus, which means it has a branching structure that enables it to rapidly expand into its environment and capture any available resources using those prolific digestive enzymes that first perplexed those soldiers in WWII. This tendency for rapid expansion is another one of its natural attributes that make it uniquely well-suited for scientists to co-opt for making useful proteins.

The process of tweaking a fungal strain to do just what we need it to do is called strain engineering. Our strain engineers use a specially developed strain (breed) that is not only prolific at producing proteins, but also particularly good at accepting and then carrying out the genetic instructions we give it to produce the exact protein we want — beta-lactoglobulin, a type of whey protein.

You could think of microflora as the agricultural animals of tomorrow. Except they’re not animals at all! If a fungus is “the new cow” for making dairy, then it’s a really, really small cow, with no body, mind, or nervous system.

Microflora are bioprocessing powerhouses that have the potential to transform the way we feed the world. They’re incredibly efficient at turning carbohydrates from plants into high-value, nutritious proteins, fats, and other useful substances.

Until now, we humans have largely depended on animals for protein. But thanks to microflora, we’re beginning to unlock the powerful processes nature has given us to make these same proteins, with their unparalleled nutrition and culinary functionality, without using animals at all.

Microflora may be tiny, but their potential to transform the way we think about food production is enormous.